I'm really stunned honestly at the amount of videos I managed to make this year. I was thinking it was far less. Probably because my desire to make them is always there but the free time I have is not.

My favorite vid this year (of my own):
I'm really pleased with how Blinding turned out. I tore that video apart twice before finally getting it to a point of being cohesive. I'm also really pleased with the Doctor Who vid too. It's hard to choose between those two.

My least favorite vid this year:
I forever struggle with trying to be a better editor, so "Sobering" didn't turn out nearly as put together as I would have liked it to be.

Most successful vid:
Well judging by the amount of reblogs on tumblr it has to be the Charlie/Becky vid, but based on feedback, Mystic's Dream and Blue Caravan might also be a close second

Vid most underappreciated by the universe, in my opinion:
My movie vids rarely get watched, mostly because I vid movies people have never even heard of... so with that said I'm really really pleased with how my vid "Colorblind" for the movie Bella turned out. I'm also sincerely proud of how the Mystery Spot video turned out.

Video with single sexiest moment:
Er. I dunno I didn't really set out for any of them to be all that sexy so... I dunno.

My biggest fails are usually the ones that never see the light of day. I had these grand ideas about doing a SPN multi-character vid to Queen's Boheminan Rhapsody and I could just never get it to go anywhere so eventually I scrapped it.

As for published vids though, Mystic's Dream is the one I most desperately want to re-do. I was never fully satisfied with the song choice but I got tired of trying to find something better. Also getting clips to fill Ruby's human version was extremely tedious. There are so few modern movies about 14th century women who are witches (or accused of it anyway) and so I suffered through Season of the Witch for that. And the Editing to me is much more sloppy than I care for, but I'm not sure I have the emotional energy to tackle it again to make it better.

Hardest video to make:
It's a tie between Mystic's Dream and Blinding for me. See above for Mystic's... and Blinding just had too much going on for a very long time. (True Fact: The vid for Sobering came from a whole story I was trying to squeeze into the Blinding vid on top of what I already had going on.) So it took me forever to figure out what to cut out.

Most unintentionally telling video:
Blue Caravan really surprised me with how it came together. It gave me such a renewed appreciation for the Ponds, no matter how much the show writers seemed determined to ruin it for me. The song itself also gave me the chance to experiment more with faster jump cuts and speeding up and slowing down the footage which is always exciting to push myself to try more things with my editing.

wand3rlust
Fandom: ord of the Rings
Ship Eowyn/Faramir
Summary A look at the tragic parallels between Faramir's & Eowyn's lives.

I think I've finally gotten to the point where I've figured out how to manage multiple social media accounts at once. I've never been particularly good at it, but I'm gonna give it a shot! At the VERY least remember to check in on my friends feed a few times a week and post here more than once every six months. heh

I think Tumblr will still be my first stop on the totem pole of social sites because it's just very highly addicting to me, but I really miss my Kara/Lee no_takebacks crowd here. :))

I've also wanted to get back to posting on both my personal and fandom twitter accounts more regularly again.

My job had a really stressful summer, but I think we're done with all that and I'm slowly getting to the point where I think I can save up and eventually leave my job to persue my Photograhy and web design jobs full time. I'm nearly finished with my portfolio sites so I can start taking on more jobs.

I can't even remember the last fandom/tv update I posted but currently on regular rotation on my tv are:New Shows I'm liking this seasonI'm pretty glad Dexter is ending at this point. This season has been so slow and boring to me. I'm behind a couple episodes.

I also need to catch up on nearly all of FRINGE except the first 2 episodes, so I have no idea how it's played out or what to think.

I was **really** disappointed with Awake last season. It's a premise that had a lot of potential but the exection to me was flat. It was too 'case of the week' for my tastes.

Doctor Who.... *sigh* I don't even want to talk about the first half of last season. I hope a new companion will rejuvinate the show, but with Moffat at the wheel I won't hold my breath.

I finally stopped hate-watching Glee last year, I just couldn't take how gross it was anymore. The show continuously glorified Mr. Schuster and Finn and it frankly was getting unberable. I mean just the mere mention of Finn could send me into a rage... it was time to just stop, so I did.

I still casually watch Grey's Anatomy, and sometimes it's hate-watching and sometimes I genuinely enjoy it. I don't watch it regularly anymore though, I more do a few eps at a time when I have time.

And I have a list as long as my arm of other tv series I want to watch, but the list of summer tv series I've been watching keeps growing too which makes it harder to marathon other things in the summer. :) But here's a few of what I have so far, but if anyone has any other recommendations I'm open to suggestions.

I'm also getting into quite  few web-series, and I'm really loving this road people are taking to put new media out there, but I'll make another post about that later. 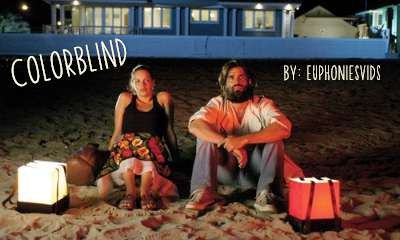 wand3rlust
Fandom: ELLA
Ship Nina/Jose
Summary:Nina finds out she's pregnant and gets fired from her job. She spends the day with her co-worker Jose, meets his family, finds out a pretty dark secret of his and their lives change forever. I don't give away the ending but there are some significant spoilers for the movie. If you haven't seen the film I highly HIGHLY recommend it, it brought me to tears on numerous occasions, both happy and sad. It's very introspective at times and a very real portrayal of humanity, flaws and all. :)

wand3rlust
Fandom: My Summer of Love
Ship: Tamsin/Mona
Summary:  A fanvid to the lovely movie. Not particularly spoilery… I didn’t give the end away, which is really the only “twist” in the movie. (Which TBH the ending of the movie is horrible anyway. So I just ignore it.) Anyway, the rest is just the lovely building summer romance of Tamsin and Mona. :)

wand3rlust
Fandom: Doctor Who
Ship: Amy/Rory
Spoilers: Series 5 & Series 6
Summary:  A look at the obstacles Amy and Rory have gone through as a couple.

Dean pulls the Impala into the car port, steps out and shrugs his leather jacket tighter around his shoulders as the cold December wind gusts around him. The sky is dark and cloudy, snow threatening to let loose any moment. He grabs his school bag from the trunk and tosses it over his shoulder, then takes the tarp and drapes it over the car so his dad won't scold him if he gets back tonight. John's been gone for a couple weeks and hasn't checked in for three days and despite himself Dean always worries after a couple days even though this is nothing new from his father. He makes a mental note to call Bobby to see if he's heard anything as he walks around to the front door and grabs the mail before going inside.

Posted via LiveJournal app for iPhone.

wand3rlust
Fandom: Supernatural
Character(s): Anna Milton, Ruby 1.0, Ruby 2.0, Castiel, Uriel, Michael
Ship: Anna/Ruby
Summary:  Slightly based off the lovely Anna/Ruby fic “The Ecstasy of the Rose.” Ruby knows Anna from her time as a human and after Anna gets her grace back she goes back in time to try and save Ruby as a witch.


Note: Just realized my credits didn’t load properly. I will try to fix them later. :p

Music: “I Gave You All” - Mumford and Sons
Vidder: